To receive your benefits, you must sign up for the NSF as soon as possible.  You should pay your entry fee on your own.  When you arrive at the TBF NSF event, you will receive the cash you are entitled to at the NSF pairings meeting.

More information will be posted soon. 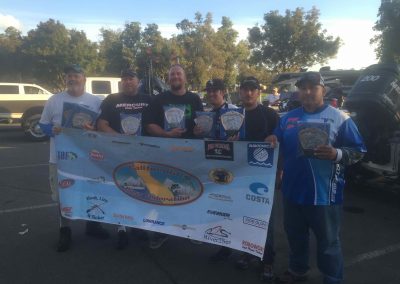 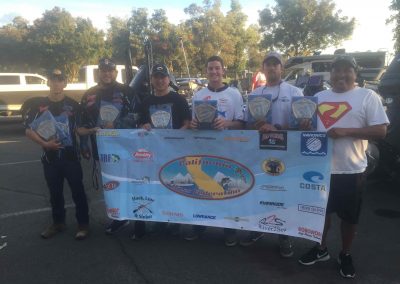 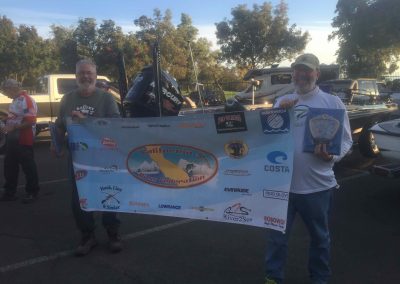 Be the best in California!

Qualifying for the California Bass Federation State Championship is the next step to being a champion in the CBF. At a minimum, you need to fish at least 3 events in one region and have earned a minimum number of points along the way to qualify. The CBF State Championship is an annual event somewhere in our beautiful state of California. We rotate the event from the north to central and then the south to provide the opportunity for anglers to fish closer to home for the State Championship. Your goal is simple…make the CBF State Team! Making the California Bass Federation State Team is the goal and dream for many CBF anglers. It is difficult and the best rise to the top.

After the end of the CBF season in the late June timeframe, each region will have their CBF State Championship qualifiers identified and posted. The CBF State Tournament Director will mail out an invitation to all qualifiers about 30 days prior to the event based on how you qualified (Boater/Co-Angler). Qualified boaters do not have to fish as boaters and may elect to fish as co-anglers. You will need to send in your entry form designating boater or co-angler by the deadline to the CBF State Tournament Director.

You can guarantee your spot to fish the CBF State Championship by sending in your entry with your corresponding partner’s name on the entry form. All partners must send in their paid registration by the deadlines to guarantee your spot in the CBF State Championship. For those without partners, you will be put on a waitlist based on the postmark of your entry.

Top club anglers who qualify will fish for the coveted Club Champion during the CBF State Championship. There will be a boater and co-angler Club Champion. Click here for more details.